PEOPLE IN A BAND

Founded in 1976 by Colin Newman (guitar & vocals), Graham Lewis (bass & vocals), Bruce Gilbert (guitar) and Robert Grey (drums), WIRE developed their own musical style in the British tradition of left-field art-school bands, which also includes bands as e.g. Roxy Music (incl. Brian Eno), Pulp, Franz Ferdinand.
The punk movement that was emerging at the same time allowed the band to reach a wider audience and so they gave their debut concert at London’s Roxy club on 1 April 1977, of which excerpts were released in the sampler ‘Live At The Roxy, London – April 1st & 2nd 1977)’ and some years later the whole concert Live at The Roxy London – April 1st & 2nd 1977.

Their first three studio albums Pink Flag (1977), Chairs Missing (1978) and 154 (1979), which were highly acclaimed by the press and influenced bands like My Bloody Valentine, Blur, R.E.M. Henry Rollins, Joy Division, were musically groundbreaking (> Spotify Playlist WIRE (1977-79) by mital-U).
After a break (1980-85) and various solo projects, WIRE reformed for live concerts and released the Snakedrill EP in 1985. Further albums followed until WIRE ceased operations at the end of 1980.
In 2000, all four members of the original formation got together again, played various concerts and released the album Send in 2003, followed by other albums until the 15 studio album Silver/Lead in 2017. According to The Guardian with “some of the strongest tunes they’ve ever done”.
Since 2010, Matthew Simms has joined as guitarist, after Bruce Gilbert had given himself Emeritus status.
For more information about WIRE please visit the official website Pinkflag.com!

PEOPLE IN A FILM

In summer 2019 Malcom Boyle (producer, director), supported by Graham Duff (screenplay), started the crowdfunding campaign for the realization of the film WIRE – PEOPLE IN A FILM. 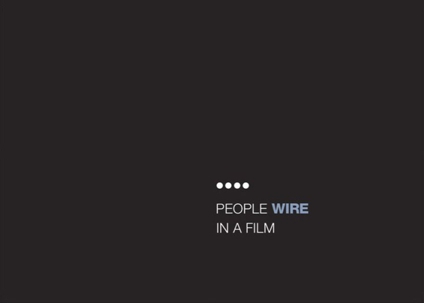 This documentary, in close collaboration with WIRE, aims to express the true essence of the band – the individual personalities, their music, their worldview, their history and their future. A first impression gives the crowdfunding taster on Vimeo.
On 13th July 2019 an exclusive funding launch event took place at the 'state51 factory' in London where all five members (past & present) of Wire were interviewed by Graham Duff. The livestream of this unique event can be still watched on YouTube.

The crowdfunding campaign was also the start of the collaboration between Malcolm Boyle (Underground Head Film) and Bruno W (mital-U) to realize the film. On the one hand Bruno W will support the film as 'Senior Executive Producer', on the other hand mital-U will cooperate with 'Underground Head Film' in the production and promotion of the film (incl. DVD/BluRay).
We are happy to support Malcolm Boyle and Graham Duff in the realization of the film (+DVD/BlueRay) about the definitive postpunk band WIRE.
Further Information about the film: WIRE – PEOPLE IN A FILM