In 1994, eight years after the breakup of mittageisen Bruno W initiated the ′version 2′ under the name mev2 in the form of music and video projects with various artists. 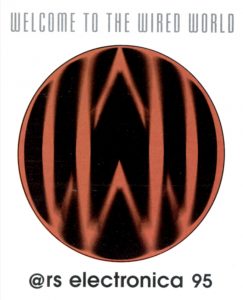 Thus, in collaboration with Markus S (guitarist in the first mittageisen years) and Peter T (video engineer), a video is created for the ars electronica 95 in Linz (Austria), based on the mittageisen song automaten. An remastered version (audio & video) was released in 2015.

In the same year (1995) mital-U becomes part of the – at that time still small but fine – World Wide Web. The first layout of the website is available as a print screen in the archive.

In 1997 Bruno W starts producing new songs. Two of them are released in 1998 under the title mittageisen v2 : geld – arbeit (money – work). First as a single, then as an EP with remixes created in collaboration with Marco Repetto (ex-Grauzone, now techno/ambient DJ), a friend from early SONDERNUMMER days (fanzine 1979-1981 > archive). Three years later, the collaboration finds a continuation with the remix project electronic biscuits.

Parallel to this, the production and release of various albums (CD, vinyl) by artists such as GRAUZONE, mittageisen, The Vyllies. Furthermore, the production of several video projects and the remastering of mittageisen songs for MP3 downloads or streaming.

With the decreasing importance of physical audio records, Bruno W concentrates his activities on own ‘sounds’ (mev2 @ bandcamp) and ‘visions’ (Bruno W @ IMDb) as well as the support of various socio-cultural projects. Current information on this can be found under news or productions.

Besides music and images, writings play an important role. On the one hand to the music of mittageisen (song lyrics), on the other hand in the form of text & graphics contributions to fanzines/magazines or books: