The headlines of the english-press about Punk and the Sex Pistols had also a response in the swiss-media.

In addition there was the great possibility to listen every sunday at 9 pm on swiss radio DRS ‘Musik aus London’ (music from London), produced by François Mürner in his London home-studio. This radio-show supplied whole Switzerland and the border regions of Germany and Austria with the latest news and music from UK.

As atmospheric picture of this time, a report by Bruno W (Fanzine SONDERNUMMER) for the rororo paperpack ‘wir waren HELDEN für einen Tag (we were HEROES for one day)’, which was first published in 1983:

At the beginning of 1977 my attention was focused through press, radio and TV on people who called themself punks and made a new type of music.

At this time I lived near Zürich. There were three record-shops, which I visited regularly. On my – mostly unsuccessfull – search for new punk-singles I had to pass a particular shop-window, which made the visit of the shop in the backyard become secondary. In this little artwork I found an unusual-looking magazine called ‘No Fun’ from Zürich. So I got, behind the display, designed by Klaudia Schifferle (KLEENEX/LiliPUT), and bought one of the first fanzines in german-language. 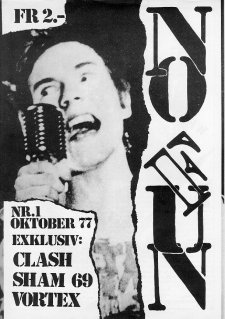 Beside a story about the Clash concert 1977 in Zürich there was a second one about a Sham 69 gig at the Vortex, London. Such articles were in addition to record-reviews the only chance to get news about the very beginning of punk in London. In every fanzine were travel- and concert- reviews from punks who made a trip to London, to meet like-minded people, to experience concerts and bring a stack of records home. The concert-reviews were very spontaneous and subjectiv. They were essentialy different from the extended press-releases by the music-industry, which were published in music-magazines. It was only written about bands, with those one identified.

These reports were positive experiences in a rather dismal life – the daily boredom of an hostile environment. Through the solidarity with bands and other punks the necessary energy was developed, that was needed to do more than only to consume.

Then in summer ’78 I made a trip to London too. One of the first groups, which I saw within those two weeks, was Metal Urbain from France. An excellent group, which created their own music-style. Unfortunately they never became really accepted by the punks. Beside the french singing the use of a – for this time rare – synthesizer could have been a reason therefore. ‘Paris Maquis’ Metal Urbain’s first single, was also the first release by Rough Trade, a label which published later a lot of great records.

On the next evening at the ‘marquee’ two fascinating musicians from New York: Suicide. Modern metropolitan-music, ‘wrong time at the right place’!

On sunday-afternoon, after a week and a couple of boring concerts, we entered the tube and went out to Chalk Farm. At the Roundhouse played Siouxsie and the Banshees! A phantastic concert in a with punks overcrowded hall.

Two days later – after an evening with Bunuel and Dali, or exactly their andalucian dog – the Clash at the Music Machine. Their ‘white man in Hammersmith Palais’ was in the top 30 of the UK-charts. Some months later I could see again parts of the concert in the film ‘rude boy’.

At one of the last evenings the Adverts played at the ‘marquee’. Their song ‘looking through Gary Gilmore’s eyes’ may belong to the ten best punk-singles.

Back from London I become aware, that I wanted to do something in connection with this new music. So I wrote for a fanzine about the Siouxsie and the Banshees song ‘metal postcard’ and the relation to Dada and John Heartfield.
I didn’t like to write only about concerts, for me the context between music, society and individual persons were rather more important.

Besides the rock-rebels Sex Pistols, Clash, a.o. there were groups like f.e. the Wire, Siouxsie and the Banshees and Cabaret Voltaire. The former mentioned groups made rock-music in a traditional way, while the others adapted their music in a contemporary form.

At this time there concerts with Swiss bands increased. In every bigger city were punks and bands, which organized concerts or visited some in other cities. In accordance to it, the fanzine-reports shifted more and more to the local scene.

So met I at a Siouxsie and the Banshees-Konzert in Baden punks from Lucerne, the city where I lived the first twenty years of my life. Some of them organized in autumn 1979 Swiss Punk Now, fourteen bands in two days.

The beginning of the end of a until then united swiss punk-scene. 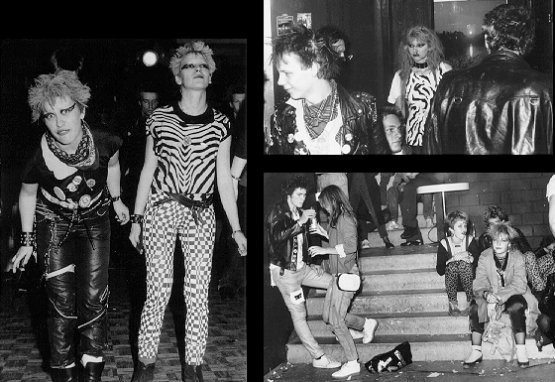 During all these months bands and fanzines split up – evolved new in another form, with other contents. Small labels released self-produced records, everything became more complex. The differences were expanding, scenes emerged, depending on bands and fanzines, with their own characteristics.
At this time I supported the production of the first independent swiss punk LP (CRAZY from Lucerne), visited the first concerts of Grauzone at and near Berne and wrote for SONDERNUMMER, a fanzine out of the same scene. June 1980, one and a half hour driving distance to Zürich, in a former factory the Sx-X Fest/ival – music, movies, video and performance. Sounds a.o. by Hertz, DIN A Testbild, -Dt, Grauzone and der Plan. Hear first time ‘Eisbär’ (Polar Bear), on which a year later EMI will earn a lot of money.The wave stranded, split and disolved at the cliffs of the music industry. Parts of it flew or flow back in another form. 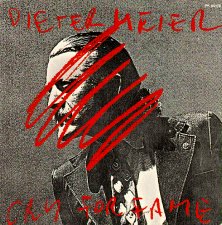 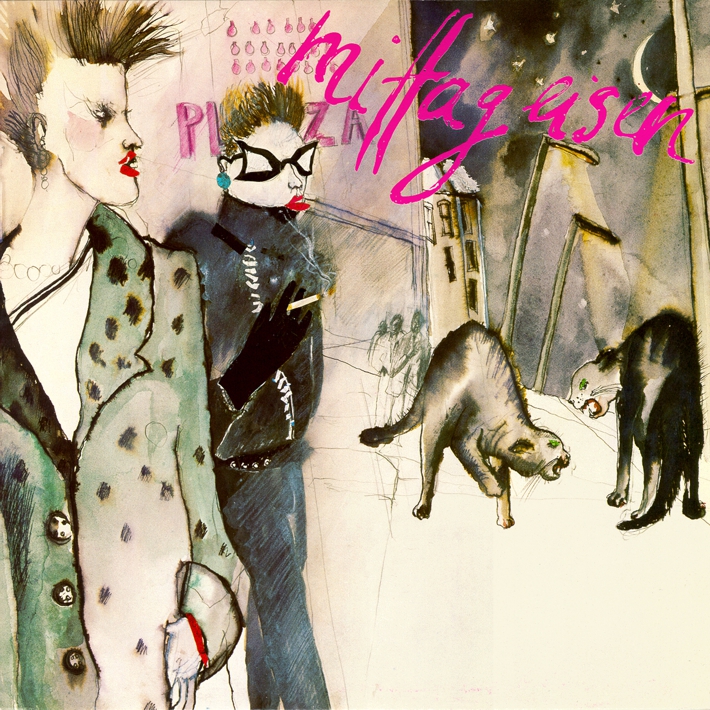