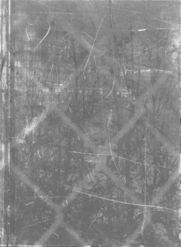 alles ist anders … nicht hat sich geändert (everything is different … nothing has changed), that’s the name of the compilation CD by mittageisen, a band whose members were regular Sedel inmates in the early 1980s.
Is it just different today or has something changed? Here is an attempt to reconstruct a subjective overall picture after 20 years.

In 1981 punk had developed from an innovative and independent music movement to just another genre in the music business. Some musicians escaped the commercial trap and tried to close the gap between musical demands and reality in various ways. New musical styles were created with sounds which are still present today as '80s Wave' by old and new bands.

The own life situation, enriched by a British soundtrack, included in these years above all the attempt to meet musically like-minded people. After a further stay in London in 1979, among other things, contact was made with the Lucerne punk band CRAZY, which resulted in the production of their two vinyl records.

In 1981, with the formation of mittageisen, a postpunk band that identified with Darkwave, we also became inmates in the former prison. Whoever wanted to visit us, not only had to climb several stairs up to the attic, but also had to admit to being a supporter of a black dressed minority. While we were dealing with the effects of our surroundings in our music and lyrics, the 'faster, louder' music fraction regulated their balance by, among other things, the overdose of mostly legal drugs.

For mittageisen, the Sedel was ultimately just a building with a practice room in which we wanted/could develop our own non-conformist style. After the release of our first vinyl album with positive national/international media echo, we no longer felt like staying in an environment increasingly marked by intolerance and envy. An industrial building offered us shelter and the creative environment that inspired us to create our second vinyl record automaten.

What remains is the Sedel as a greenhouse for 'one hundred flowers', in which individual non-conformist bands will still continue to emerge in niches and receive extraregional attention.